The town was incorporated in 1761 by Colonial Governor Benning Wentworth. First named Enfield by settlers from Enfield, Connecticut, the town was renamed Relhan in 1766 to honor Dr. Anthony Relhan (ca. 1715-1776). The doctor was a promoter of sea-bathing as a curative, making Brighton, England, a fashionable resort. Following the American Revolution, the New Hampshire town was renamed Enfield in 1784. [2]

The first European settlers in town were Jonathan Paddleford and family who arrived, after the successful conclusion of the French and Indian War, between 1765 and 1772.[3]

On the southwest shore of Mascoma Lake is Enfield Shaker Village, once a utopian religious community of Shakers, renowned for simple and functional architecture and furniture. Established in 1793 and called Chosen Vale, the village was subdivided into several "Families", with men and women leading pious, celibate and industrious lives. Although the genders shared dormitories, like Enfield's Great Stone Dwelling built between 1837-1841, the sexes used separate doors and stairways. They practiced ecstatic singing and dancing, an expression of their worship, which earned them the appellation: Shaking Quakers, or Shakers.

Several trades operated at the village, from agriculture and packaging of seeds, to manufacture of brooms, brushes, spinning-wheels, and furniture. To speed delivery of products to the railroad across Mascoma Lake, in 1849 the community erected Shaker Bridge.

The Shaker movement crested in the 1840s, with 19 "societies" scattered from Maine to Kentucky and west to Indiana. But growing employment opportunities created by the Industrial Revolution, as near as the mill town of Lebanon, enticed away potential and practicing church members. Others grew disaffected with celibacy, self-abnegation, and communal ownership of property. Indeed, Mary Marshall Dyer, once a member of the Enfield church, became an outspoken Anti-Shaker. Eventually the village would close and, in 1927, be sold to the La Salette Brotherhood of Montreal, a Catholic order noted for its Christmas display. In 1986, Enfield Shaker Village was established as a museum. The best time to view waterfalls in new Hampshire tend to be in the Spring during mud season but even after that they can be very nice (and not so muddy).

The mountains will still have snow melt that contributes to many of the waterfalls in the state.

What we do is watch the northern NH webcams, like The Balsams Webcam. This can be a good indication of the amount of snow in Northern NH. We wait until the snow cover is gone and the tail end of the mud season before we go.

Have fun with the waterfalls! This is the famous Old Man of the Mountains (aka Old Stone Face) that looked down on Profile Lake in Franconia Notch, New Hampshire for thousands of years. The great stone face came crashing to the valley floor on May 3, 2003 after a very tough winter. The photo was shot on Kodak Ektachrome film, by the way. You can read more about it the photo (and why it's important to shoot things when you see them!) on my: Travel Photography Blog . Read what Daniel Webster had to say about the Old Man (scroll to bottom of page). Copyright 2008 Jeff Wignall, all rights reserved.

Today, May 3rd, is the eighter anniversary of the falling of the iconic Man of the Mountain. So iconic was the stone formation on the side of a cliff in Franconia, used on everything from our state highway signs to our state quarter and license plates, that many NHites worried that the state had lost its identity. Now, eight years later, it is evident that the Old Man lives on in the hearts of NHites. We can never forget you, Old Man! And in the lowlands, Spring is here. :) While Spring is in full force in New Hampshire, it is still a perfect time to hit the slopes. There's nothing like Spring Skiing! Posted by Tracy Lee at Saturday, April 30, 2011 No comments: Links to this post

Another spring view of the Hunt Memorial building.

For 68 years, the Hunt Memorial Building served as the Nashua Public Library until the city outgrew the building and a new and larger facility was built on Court St. in 1971.

The Hunt is now owned by the city and managed by a volunteer board of trustees. Designed by noted American architect and New Hampshire native Ralph Adams Cram, the building opened to the public in 1903 and was entered on the National Register of Historic Buildings in 1971.

In May, 2004, Cram and Ferguson, successor to Ralph Adams Cram's firm, completed a Facility Master Plan for the full restoration and renovation of the Hunt. This effort is currently underway utilizing public and private funding.

In 2009 the Nashua Board of Alderman approved a City Building Improvements bond issue which included funds for for the restoration of the Hunt Building. The building was closed for contruction February 1, 2011 and the trustees expect to reopen it in Fall, 2011.

The restoration of the Hunt Memorial Building to its original splendor while making it available for public use in keeping with the intent of the original gift to the people of Nashua. The newly restored building will be available for lectures, concerts, theatre, meetings and receptions and as a home for non-profits and creative arts organizations. In addition it will provide 6 private offices/conference rooms for lease. Saint-Gaudens National Historic Site
Discover the beautiful home, studios and gardens of Augustus Saint-Gaudens, one of America’s greatest sculptors. Over 100 of his artworks can be seen in the galleries, from heroic public monuments to expressive portrait reliefs, and the gold coins which changed the look of American coinage. Enjoy summer concerts, explore nature trails, or indulge your hidden talents during a sculpture class.

Posted by Tracy Lee at Thursday, April 28, 2011 No comments: Links to this post 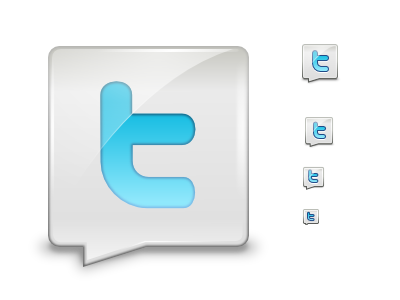 The photos posted here are from the Flickr New Hampshire Group and are reposted here by the admin to highlight some of the wonderful photos from this glorious state.

This is a Flickr badge showing public photos from the New Hampshire group pool. Make your own badge here.

Sites of Our Members
★ = Administrators

Other Sites that Link to Us